Posted on October 3, 2012 by friendsofgreenlawn

2. We discussed the progress and some further steps regarding Greenlawn Cemetery being on the National Register. Note this is a slow process, but progress is being made. We hope to get grants and or funding for Greenlawn thru this and or other opportunities.

3. Rich Stafford brought up membership. He also discussed the tapping of Maple trees for maple syrup and his past involvement with that thru Saltonstall school.

4. Pat brought up a tour of Greenlawn idea for November. What do you think should be on the tour? What weekend day and or date do you think is best?

5. Ed talked about his work on the history of Greenlawn. We look forward to his findings.

6. Maureen mentioned Nature Resources and was going to check into that and about getting some other people she knew to help us.

Remember we hold our monthly meeting the last Tuesday of every month at 6:30 at 5 Broad Street which is The Salem Council on Aging unless otherwise notified.

Posted on September 23, 2012 by friendsofgreenlawn

This is the juvenile Night-Heron that hangs out at the small pond. Something tells me it thinks it’s a duck. When I go to feed the ducks, it comes over to sit on the rock in the water by the bank. Doesn’t eat the cracked corn, though. 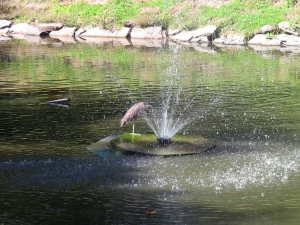 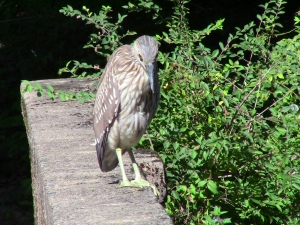 And here are a couple of shots of the swan that has been hanging around Sargent Pond.

Posted on September 22, 2012 by friendsofgreenlawn

Landsman John Phillip Rilley (or Riley) was awarded the Congressional Medal of Honor for his bravery during the Spanish-American War when he was just 21 years old. Mr. Riley is the only Salem resident to be awarded this honor. His citation notes: “On board the U.S.S. Nashville during the operation of cutting the cable leading from Cienfuegos, Cuba, 11 May 1898. Facing the heavy fire of the enemy, Rilley displayed extraordinary bravery and coolness throughout this action”

From www.homeofheroes.com: “The mission was a daring operation to cut undersea cables linking the Spanish fortifications at Cienfuegos with the rest of the world. Destruction of the cables was ordered to disrupt communications. In two boats, sailors from the USS Nashville and the USS Marblehead were joined by a Marine guard as they moved within 15 feet of the enemy shore, under fire from the hidden enemy, to dredge up and cut two such cables. During the 80 minute operation, the cable cutting party was under constant enemy fire from a short range, while they coolly dredged the cables across the bow of their boats, then cut through them with hacksaws.”

Mr. Rilley was born in 1877 in Allentown PA, and died in Salem November 16, 1950.  Riley Plaza, across from the Salem Post Office, is named in his memory.

Friends of Greenlawn would like to thank Mr. Don Morfe for his kind permission to use his images in this post.